The 20th of March is the Spring equinox: swallows will return, a mysterious sensation of excitement will fill every living creature and, as the legend goes, the demon Rahu will once again eat the Sun which will fall back out from his mouth just a few hours later.
And the arrival of the Spring coincides with a solar eclipse which we’ll be able to admire, at least partially, in Italy. 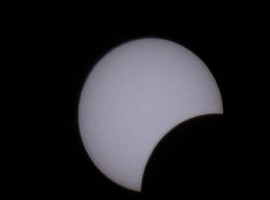 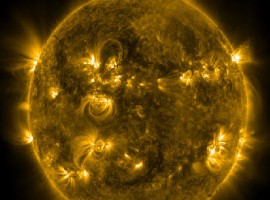 View of the Sun from SDO Mission 2011, photography courtesy of NASA via Flickr 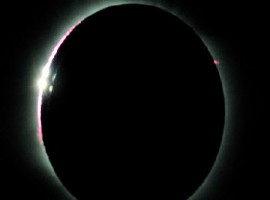 The Baily’s beads, photo of Sergej Ozerov via Flickr

What exactly is a solar eclipse?

The Moon, our satellite, will go between the Sun and the Earth, resulting in a shadow being cast on the Earth.
In Italy we’ll be able to observe a partial eclipse which means that the Sun will be partially covered (up to 40% of the solar extension) 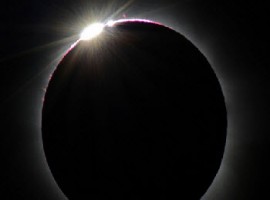 The Diamond Ring effect, photo by Wayne England via Flickr 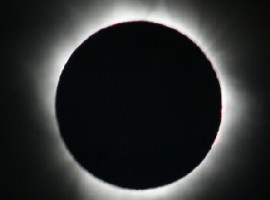 The eclipse of the Sun of 2010 on the French Antilles, wikipedia 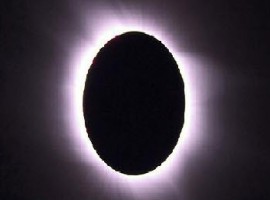 The Baily’s beads are blobs of light at the edge of the Moon.
When the Moon covers the Sun, some of its rays filter through the Moon’s surface via the gaps in the lunar mountains and valleys, creating this interesting light effect.
The diamond ring is the circular light frame around the Moon when it covers the Sun.
The circle looks like a golden ring and the blobs of light look like a diamond on the top. 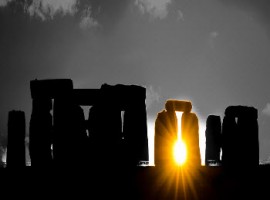 Stonhenge, the rising of the Sun photography by Steve Babb via Flickr 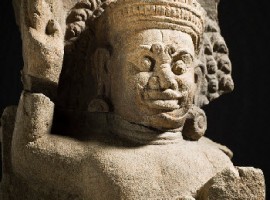 Rahu, the demon of the eclipse affet the Induist myth photography of Ashley Van Haeften via Flickr 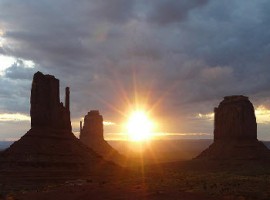 The magic behind it all…

Since the dawn of time, the eclipse of the Sun and the Moon has evoked mystery and magic.
The Navajo people still think an eclipse is the sign of a break in the ‘natural balance’ and must be observed. People are supposed to stay at home with their nearest and dearest, refraining from eating and sleeping until the natural balance is once again restored.

Some African peoples in Benin and Togo think the eclipses are the outcome of the eternal fight between the Sun and the Moon.
An intriguing Induist myth tells the story of Rahu, a demon beheaded by the God Vishnu.
The story goes that Rahu stole the immortality elixir and was drinking it when the Sun and the moon informed the God Vishnu of Rahu’s shameful act. Vishnu then beheaded Rahu before the precious liquid could run down his throat.

From that moment on, Rahu has run after the Sun and the Moon to take revenge against them.
Each time he reaches the Sun and the Moon and eats one of them, they disappear but only for a short time. Rahu‘s head is forever separated from his body and the Sun or the Moon will always fall from his throat. 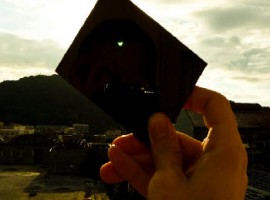 Eclipse of the Sun, never without the right protection photography by Luca Di Ciaccio via Flickr 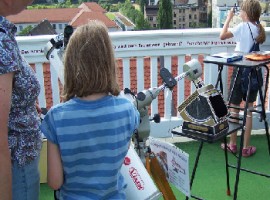 Looking at a solar eclipse photography by Margrit via Flickr 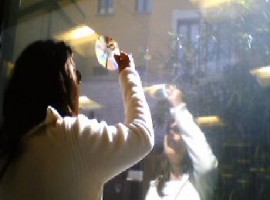 Eclipse of the Sun, never look at the Sun through CD photo by Marco Frattola via Flickr

An eclipse is such an incredible and magic experience that we can’t help admiring it, but:

1. Never use smoked glass to look at the Sun during an eclipse
2. Never look at it through an X-ray film
3. Never stare at the Sun just wearing normal sun glasses- the UV protection is not high enough

Enjoy the solar eclipse, but protect your eyes!

Winter solstice: it’s cold out there!

Today is the equinox’s day: are we ready for this autumn?