Oristano and the medieval carnival

The main event during the carnival period is the “Sartiglia”, a carousel dating back to the Middle Ages.
Nowadays, the knights in white masks and black, wooden caps launch themselves on their horses trying to catch a target in the shape of a “star”.
A recent novelty is the “Sas pariglias”– acrobatic moves performed by knights standing on horses running side by side: quite an awesome sight.
Where to stay for a night or more?Albergo Diffuso Aquae Sinis 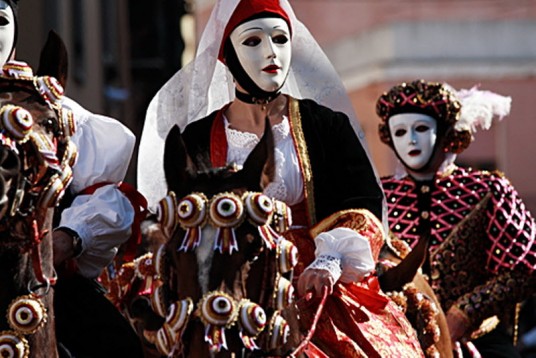 Acireale, the most beautiful carnival of Sicily

An endless parade of floats, people drifting by in colourful, striking masks, music everywhere and the natural scenario of the Baroque architecture: this is, for sure, Sicily’s most vibrant and joyful carnival parade.
The beginnings of this parade date back to the 16th century and just few years later the locals started the tradition of the “Egg and orange battle”, which became an instant hit.
But the local authorities decided to put a stop to the chaos 10 years later in 1612.
If the battle tradition is definitely over though, its spirit is still alive and kicking: the “Abbattazzu” mask is a parody of a holy, old man walking around holding heavy books and making fun of the old Bishops of Catania.
A place close to the Etna vulcan and Acireale?Agriturismo Biologico dell’Etna

The most beautiful carnival of Sicily, the Carnival of Acireale (Catania) photography by Toto via Flickr

Fano, the sweetest carnival of Italy

The sweetest carnival of Italy is also one of the oldest.
Reports date back to 1347 and it’s likely that these very first carnivals came from the Latin Saturnali, the antique Roman celebrations where every indulgence was permitted, but only for a short time.
These excesses reach their climax on the last Sunday of the carnival period, when two main events take place:
“Il Pupo”: a black rag doll is paraded around the city streets, ending in front of a big wooden pile where the doll is thrown down and burnt.
The miserable, black scapegoat burns, to purge the winter icy weather and all the negative things in the past. It’s a kind of cathartic fire;
“Mask carnival parade”: floats, masks and musical bands take over the city and all types of sweets rain down.
Kids adore it…and not just the kids!
Where to sleep in the nearabouts?B&B Le Tamerici 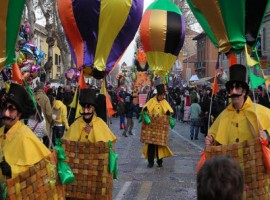 Catnival of Fano (Marche), the parade photography by Antonio Colucci via Flickr 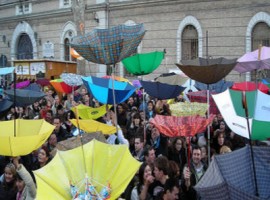 Carnival of Fano (Marche), photography by Antonio Colucci via Flickr

Bagolino, the carnival bagosso and science

Can a carnival parade be a kind of ethnic discovery? Hard to say.
What about being the most relevant ethnic discovery of the last 200 years? A bit over the top?
But this is what the carnival parade of the “Balari” and the “Mascher” of Bagolino is said to be.
The “Balari” are dancers dressed in black trousers and coats and white shirts and socks.
The most picturesque detail is the hat: black, covered with colourful ribbons, gold jewels and red ropes.
The “Mascher” are typical carnival characters of this tiny mountain town: people dressed up as old men and women go around town playing tricks and jokes, getting the most out of the carnival atmosphere when almost anything and everything is allowed.
The parade of Bagolino ends with the Ariosa, a dance where people and their masks move feverishly and then…it’s time to carry on again with our everyday lives, back to our homes and our loved ones.
Where to sleep?Agriturismo Casa Essenia 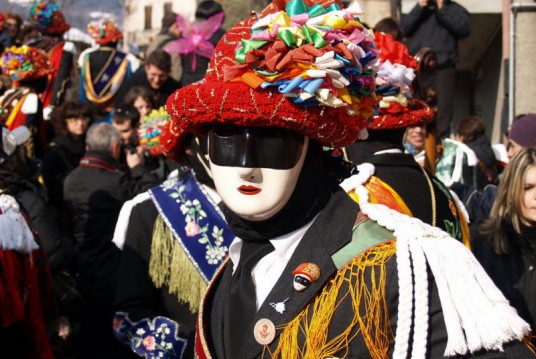 Carnival of Bagolino (Brescia) phootography by Riccardo Palazzani via Flickr

Venice- dress up, go and win

The most famous carnival, known the world over. We challenge you to live and breathe it from the inside and be one of its main features: have you always dreamed of wearing Sherazade’s sexy clothes for a night? Or are you a Casanova deep down? And how about being Venus?
“The best mask contest” on the incredible stage of Piazza San Marco on Sunday 15th will make your dreams come true
Ready for the party? At Città Giardino Marghera 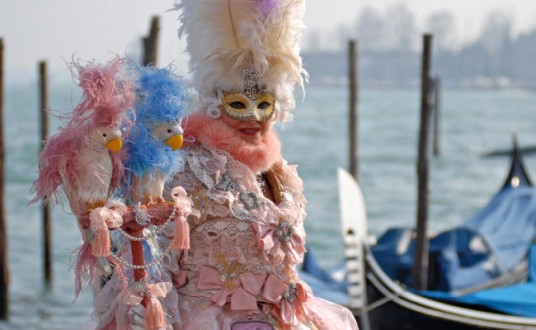 Venice Carnival ~ Photography by US Army Africa via Flickr

The Carnival of Venice: 900 years of celebrations and craziness!