It’s carnival season, it’s time for the collective frenzy that celebrates trasgressions, jokes and crazyness 40 days before Easter.
In Italy there are a lot of carneval traditions, and beautiful places to celebrate it. Here are some of the most dazzling (and less well-know) carnival celebrations in Italy.

Carnival of Gnaga, Beppe Nappa, Gagèt col sò Uchèt, Babaciu orVulon… lead us from the snow of the Dolomites to the warm Sicily, through the ancient traditions, musics, colors, costumes and crazyness.

In the wonderful Zoldo Valley when you say Carnival you say “GNAGA”. But, what is the Gnaga ? Where is the Gnaga?

The Gnaga is a typical mountain carnival mask, emblem of the Fornesighe carnival. And it’s here that every year, with only a brief interruption around the sixties century, the first Sunday of February, takes place the Gnaga Carnival.

The Gnaga is a mask, an old woman, curve from the years, leading into the pannier a smiling young man …. to say goodbye to winter and welcome the spring and a rich harvest. The Gnaga sybolise the timeless passage between the old and the new , it’s the carnival tradition and also the parade.

The Feast is enriched for over 20 years by a wooden masks contest! 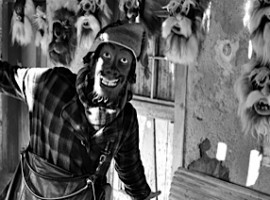 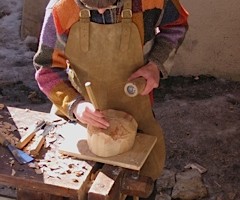 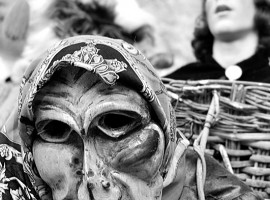 2. Beppe Nappa and the most beautiful Carnival in Sicily!

A long time ago in the streets of Acireale (Sicily), the Carnival was celebrated throwing eggs and citrus, with the hilarious rhymes of “abbatazzi” famous poets popular, bizarre games and parades of horse-drawn carriages, from which the local nobles threw sweets.

Then, at the beginning of the twentieth century, entered the scene masks in papier-mache, which slowly turned into huge papier-mâché floats and flowers, drawn by oxen, making the Carnival of Acireale one of the most beautiful in Sicily.

Remains almost intact this party atmosphere, between large papier-mâché floats, fragrant flowers and masks of the Sicilian tradition, as Beppe Nappa, who plays the role of a foolish servant.

Info: The Carnival of Acireale (Sicily)

Find your eco-friendly accommodation in Acireale 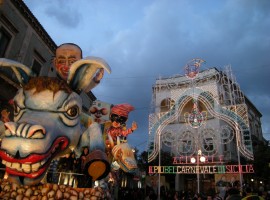 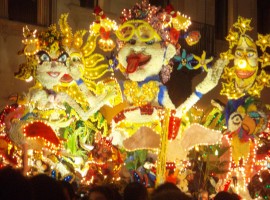 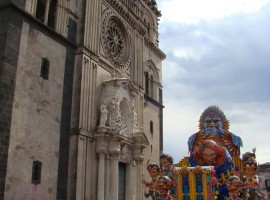 3. The Gagèt and the traditional Carnival in Crema

Even in the cold and foggy Padania the Carnival is a caliente festival who comes from a distant past. From the fifteenth century, when Crema was under the rule of Venice, the Carnival celebrations brought people from all locations in the area. Even today, the carnival is a celebration involving both children and adults spontaneously, and that starts long before the real party, in the months of work for the preparation of floats and crafted masks.

The emblem of the carnival Crema is al Gagèt còl sò Uchèt, a lucky character that every year opens the show. Represents the farmer of yore, who went to the market, dressing the black dress for special occasions, flashy socks, wooden clogs, and neckerchief, appearing clumsy for the embarrassment of being away from his rural farm, with his basket and his goose to sell at the market. A character that brings us back to the rural world and to the traditions of the past, relived in the Crema carnival.

Find your ecofriendly accommodation near Crema 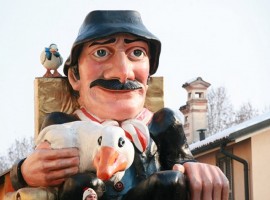 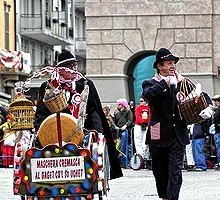 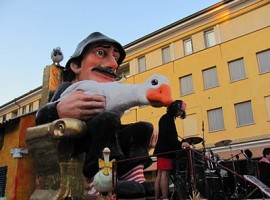 In the streets of Santhià (Vercelli) the day of Carnival starts with ancient games coming from medieval traditions. For each game the winner group has the opportunity to make fun of its rivals until the following year !

This typical carnival celebration ends in the central square of Santhia, with the burning of Babaciu, the famous papier-mache puppet that embodies the essence of the Carnival. At the same time the bells are ringing and the band are playing a funeral march… But, after few notes, the sad melody turns into one last moment of unbridled euphoria! 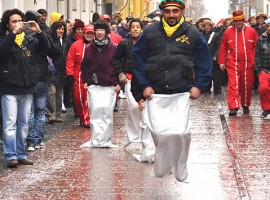 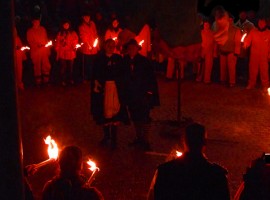 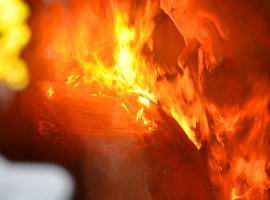 5. The Arabita Music and the oldest Carnival in Italy

The Fano Carnival is the oldest in Italy, has its roots in the episode, become legendary, of the reconciliation between the two most important families of the past.

Today as in the past, the celebration of the Fano Carnival is characterized by the “vulon“, a caricature of the most prominent figures in the city, and by the “Arabita Music” a noisy band using unusual instruments, like tin cans, coffee pots, pitchers and pots.
The parade of beautiful floats, made ​​of papier-mâché masks from the masters of the place, from which rain down chocolates and sweets, culminating in the event suggestive of illumination, a festival of lights and colors. 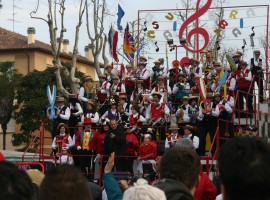 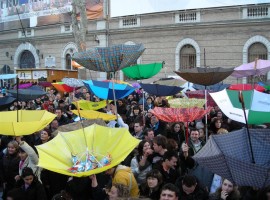 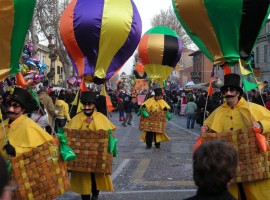 Venice: 900 years of celebrations and craziness!