How about visiting one of the 6,000 ghost towns in Italy?
Whether you are looking for a ghostbuster tour or a more detailed look before buying one of the ghost towns that are up for sale, let me introduce you to some of the most mysterious abandoned villages in Italy. 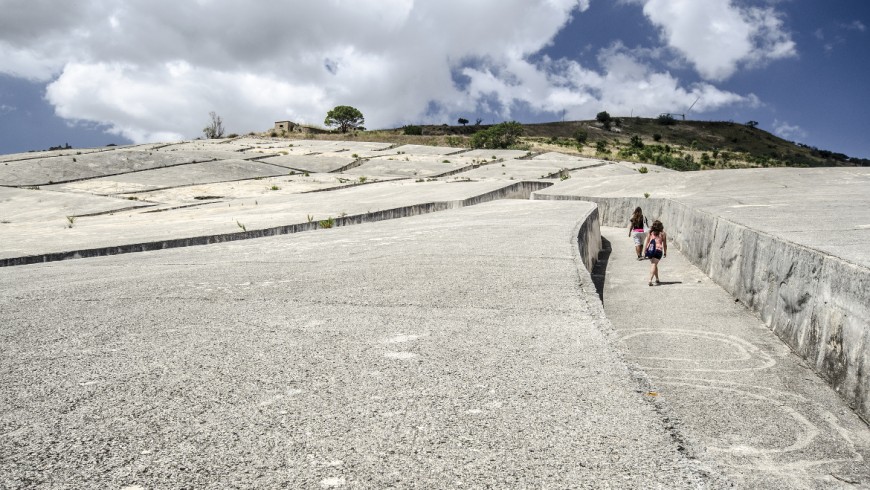 The ancient village of Gibellina, one of the biggest artworks of the world, by Burri, ph. by Andrea Cannoni

The Arabs gave this little village its name due to its position.
But in 1968, Gibellina and the surrounding towns and villages were completely destroyed by an earthquake. Subsequent attempts at promoting its restoration in the hope of attracting tourists met with failure and was then completely abandoned after a flow of cement covered what had once remained after the earthquake.
Alberto Burri, one of the most famous modern artists of the 70’s, refused to create a work of art that was to be exhibited in Gibellina. He felt he needed to leave a different kind of visual sign for a village that was under reconstruction. And the result was this: the cement work known as Cretto Burri. 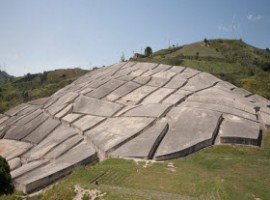 The Cretto Burri photography by Julian Pierre via Flickr 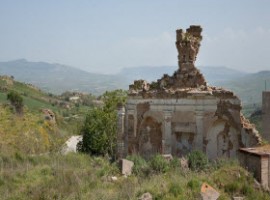 The ruins of Gibellina photography by Julian Pierre via Flickr 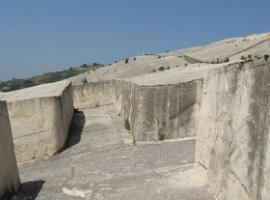 The Cretto Burri from the inside photoigrahy by Elisa via Flickr

Maratea, the ghost castle up on the mountain side

Once upon a time there were two Maratea: one city stood on the side of San Biagio mountain where the villagers had once found refuge from the Arabian pirates and other rioters. The city was called Castello, meaning castle, as a fortified building had been built close to this centre.
The Maratea marina, once abandoned due to these pirates, became more and more populated in the 60’s and 70’s with the success of the harbor and its commercial activities. The marina still lies peacefully on the coast today.
The title of Matera as European Capital of Culture 2019 will no doubt bring more visitors to the area over the next few years, and some will probably walk up the roads to reach the top of Monte San Biagio and admire the Statue of the Redentor.
And maybe some others will shun the sea and the famous statue in favour of catching a glimpse of the old Maratea castle. 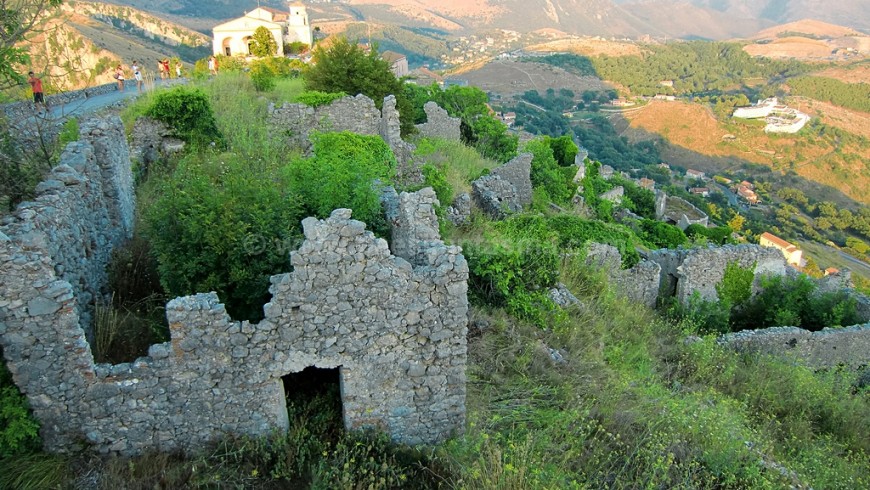 The typical daily routine of a small village: waking up early in the morning to take care of the cattle, working hard during the day and hearing women’s tales long into the evening. Who knows if some of these were stories of ghosts and unhappy love affairs?
No one knows and no one can remember: the last woman who used to live there left the village in the 50’s.
No one can reminisce about the old times in Tamar. Maybe a visit there would stir some old spirits back to life.

Antonio, one of the last inhabitants of Lampore, who was born there in 1923, used to talk about the 40 years he spent there as the happiest time of his life. Things must have been hard for Antonio and the local inhabitants: working in the fields, tending to the cattle regardless of the weather, eating meagre dinners made from basic vegetables, fruit, and an egg when times were good. Meat once a year and chestnuts…and a lot of them, thanks to the surrounding woods.
Moving to the warmer French lands nearby when the cruel winters hit was common, leaving the family and the little village in order to travel far away and earn some money.
Yet Antonio, who sadly passed away a couple of years ago, loved to talk about Lampore and his very happy childhood there. Walking through the remains of the village, I wonder if you can imagine the children of long ago, laughing and playing in the streets. 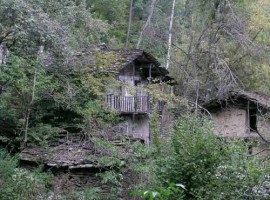 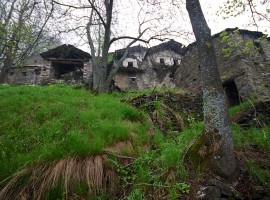 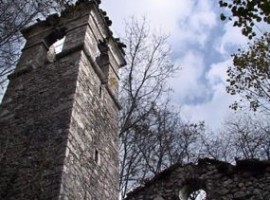 The Italian hero Giuseppe Garibaldi stayed here in August 1867.
He was a daily visitor of the nearby spa Terme Rapolane when he was recovering from the notorious leg injury he sustained on Aspromonte Mountain.
He used to travel by horse and carriage from Poggio Santa Cecilia to Terme Rapolane where his supporters would line the lanes to welcome and greet their hero.
In 2003 Michael Jackson was said to be evaluating the purchase of the whole area.
But today, Poggio Santa Cecilia is completely abandoned.
There are a few brick houses and some empty shops still showing an old baker’s or blacksmith’s sign, but not one person in sight.
The village is completely surrounded by the typical Tuscany countryside and the spa is just a stone’s throw away. If you have always dreamt of living the life of a Tuscan lord reigning over his territory, then this might just be the ideal place.
But if you feel like you (and your wallet) are not up to the task, this fascinating town that invokes memories of a noble past is still very much worth a visit . And Halloween could be the perfect time…first you need to ask permission to the new mysterious owners who locked the access to the village. Another mysterious story just perfect for this 2014 Halloween.