Do not miss the opportunity to visit the breathtaking collection of large-scale aerial photography by the French environmental artist, Yann Arthus-Bertrand.

The exhibition Earth seen from above – La Terre vue du ciel is currently taking place at the Museum of Natural History of Milan until 19th of October 2014.

The work carried out by Arthus-Bertrand includes a photo essay-style collection of 103 aerial photographs capturing the most beautiful landscapes of the Earth from various air crafts during a twenty-year period.

The photographs show the unique beauty of nature, but at the same time it presents a reflection on the responsibility of the modern man for the climate and morphological changes of the planet:

“I have seen the Earth change; the human impact can be seen from the sky. During my travels and years of research I’ve found that all the scientists I met were sharing my same concern. What it’s demonstrated by my photographs, they demonstrate through the figures which are unheard of “ – said the photographer.

The exhibition is completed by the film Home, entirely directed by Yann Arthus -Bertrand in collaboration with Luc Besson. The film and the photographs are part of a larger project sponsored by UNESCO: Earth seen from above – La Terre vue du ciel. 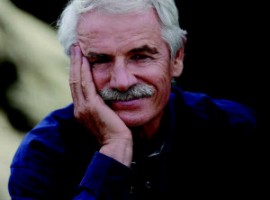 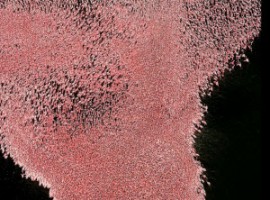 The exhibition is not just a “one shot” event in Yann Arthus-Bertrand’s life and career but the natural consequence of a life devoted to the love for the Earth and its creatures.

Though he started as an actor, Arthus-Bertrand soon left the cinema to run a wildlife park in the central area of France.

He then left France aged 30 and lived in a Masai reserve for 3 years in Kenya. He studied the life of a lions’family and this experience changed his life; while taking pictures of the lions he found out his actual passion and talent: photography.

In 1991 he took his passion to a higher level and founded the first aerial photography agency with an inventory of approx 500,000 pictures taken in 100 different countries by 100 different photographers.

In 2005 Yann Arthus-Bertrand founded the non profit organisation “Good Planet Foundation” to raise people awareness on sustainable development concerns´and he is actively involved in many projects and initiatives aiming at protecting the Earth and natural life.

The Earth’s beauty, shown in Milan