Do not miss this opportunity to
– reinvigorate your mind and soul after you took care about your body all through June and July
– meet your heroes, be they literature, news, movie, science and modern life heroes generally speaking

Here are our favourite festivals in 2014 where green and travel topics will be part of the fun: 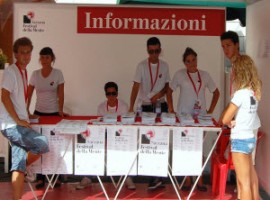 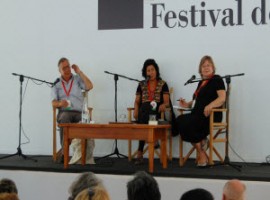 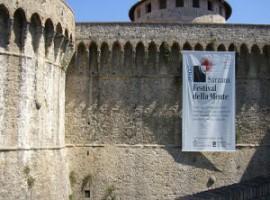 Festival 2014, the Fortezza of Saarzana, one of the places where events take place photo of Elena Torre via Flickr

29-31 August, 2014
Our suggestions:
“Sentinelle del territorio” by Mario Tozzi: a walk through the territory to learn how to supervise it and become nature sentinels ready to preserve our natural beauties.

“Squali: conoscerli e proteggerli” by Acquario di Genova and Costa Edutainment, lab for kids: are you thinking of the movie “The shark”? There is more to know about the deep sea predator.

“Il più rimane da fare, per questo il future è meraviglioso” by Oscar Farinetti: Mr. Farinetti says that “The courage is a combination: you need to be honest, have good sense and be smart. Nothing else: this is the magic mix to export our good products and our artistic capital” and if he says so I think we can trust the man. Mr Farinetti has exported the concept of “Eatitaly” and our products all over the world. 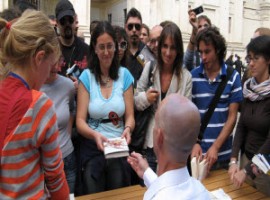 Festivals 2014 Fans waiting for an autograph by novel writer, Chuck Palaniuk at Festival at Mantua photo by Andrea Lodi via Flickr 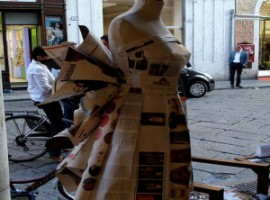 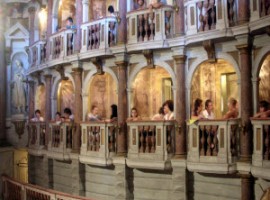 “Il nostro posto sul mondo” by Nicoletta Lanciano with Roberto Casati: let’s deconstruct the globe and see what will be the outcome. Will the upper portion of the globe really be up there? Will something look a little bit different?

“Il Bosco dove tutto si trasforma” by Marco Di Domenico, Marco Bardini and Alessandro Campanaro: why the insect metamorphosis is cool and smart? One biologist and two researchers will show us while we walk through the “Riserva Naturale Bosco Fontana”. Nothing better to learn something than go outside, look at things and touch them.

“L’Italia per campi e boschi” by Giorgio Boati and Tiziano Fratus: who are the new young and passionate farmers in Italy? What are their stories and their everyday life? Are there centenary trees left in our country? Where are they? Is someone really looking after them? Will we be able to sit and rest under their green and historical umbrella in the next years?

Where to stay? At B&B A Porta Giulia and at B&B Casa Pascolone. 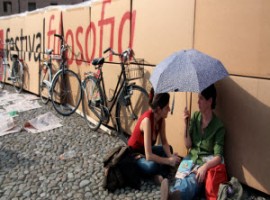 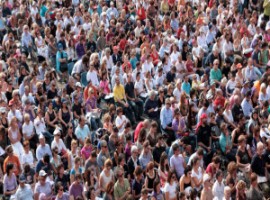 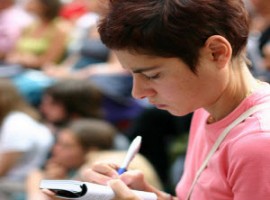 Festival Filosofia (The philosophy festival) in Modena, Carpi and Sassuolo

“Sfogliature” an art installation by Nicoletta Moncalieri in Porto Botanico: inspired by the “herbal book” by Mattioli the artist creates her personal path through the myths, the love symbols and the tales of plants and flowers.

“Rose rosse per te. Simbologie amorose nel mondo vegetale” by Marta Mazzanti, E. Antonini and D. Dalla: were you to express your joy with a flower, what flower would you pick up? How do you wish Good Luck with a flower? Let’s find out at Orto Botanico.

“Non sotto i cavoli! Trucchi e stratagemmi nella vita amorosa delle piante” by Guide Orto Botanico and G. Barbieri.
A laboratory for kids but not only. What tricks and tactics do plants and flowers create to guarantee the survival of their species? 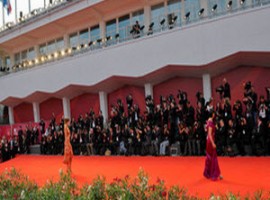 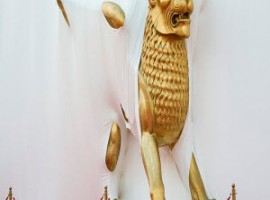 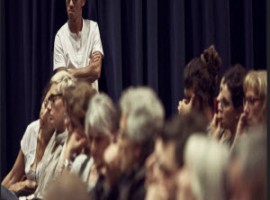 Festival del Cinema (The Festival of cinema) in Venice

Hungry Hearts by Saverio Costanzo
Can the fear of the world pollution impact dramatically on the life of a young couple? Inspired by the novel “Il bambino indaco” by Marco Franzoso.

“Arance e Martello” by Diego Bianchi
The survival of the local colourful market is threatened by the administration’s choice of closing it.
Is the administration and more generally speaking our governments really representing the citizens’ instances and needs? What can citizens do to stop decisions against their interests? Do citizens have any possibility to stand up and speak for themselves?

!Viva Las antipodas! by Victor Kossakowsky
Have you ever dreamt of digging a hole and get out the opposite extreme of the globe when you were a child?
Kossakowsky grew up without forgetting his childish dream and he realized a movie on it: what are the antipodes like? What are its inhabitants like?
The director celebrates our world beauty through spectacular images and challenging perspectives. Are you ready to enter his visionary world?

Away from the mad crowd but not so far away at B&B Sidecar.

The most incredible labyrinths in Italy