Where to go on holiday in the Marche? In Montalto nelle Marche, a small medieval village in an ideal position to visit this region of Italy: in half an hour you arrive on the Adriatic coast and at the same time you can reach the Sibillini mountains, the Frasassi caves and the art cities. 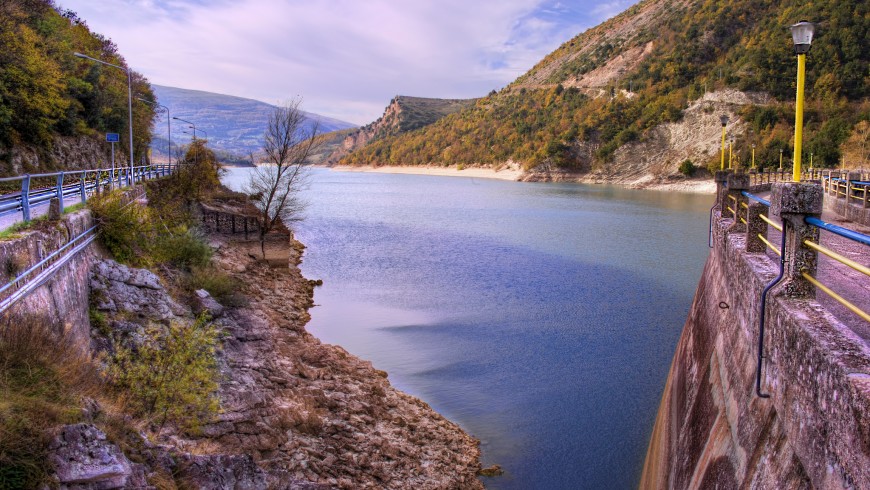 The Marche is still a region not well-known by mass tourism: it is therefore the perfect time to discover all the marvels kept in its territory before all the others do! From mountain ranges to sandy beaches and cliffs overlooking the sea, gentle hills where beautiful villages are hidden and food and wine routes: there are a thousand places to discover in this magical region, are you ready?

Our support point is right in the hamlet of Montalto nelle Marche, in the heart of the river Aso Valley, where we’ll find a sustainable farm, where the energy comes from the sun and the apartments have been restored according to the principles of bio-building. La Curtis, surrounded by green hills, offers its guests a large swimming pool, a library, a wine cellar where you can have tastings, a solarium and a playground. 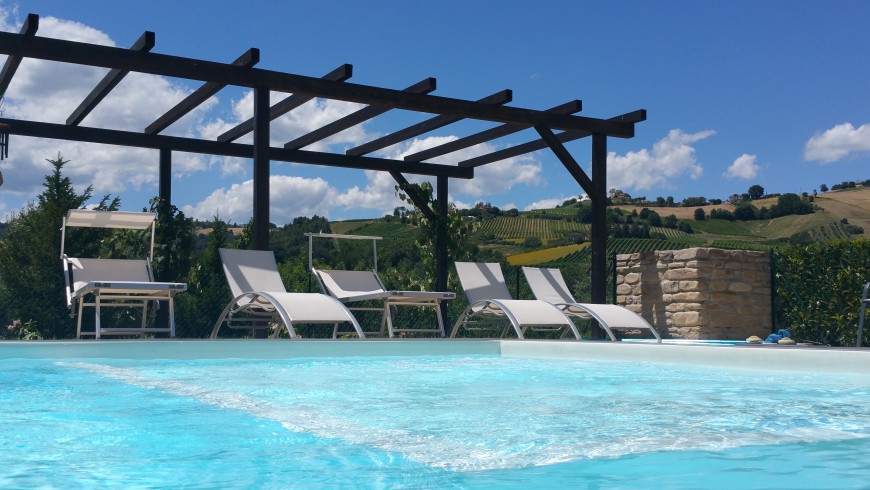 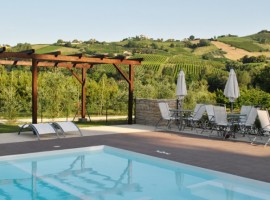 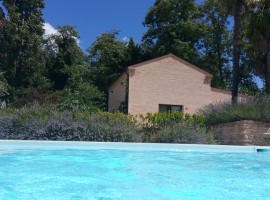 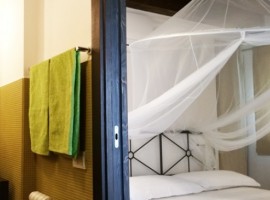 Our journey in the Marche begins right from the discovery of Montalto nelle Marche, where it is great to lose yourself in its streets and breathe the typical atmosphere of the Marche. We can then visit the Civic Museum, which houses the Neolithic finds, and the cathedral, with frescoes by Luigi Fonatana, wanted by Pope Sisto V. 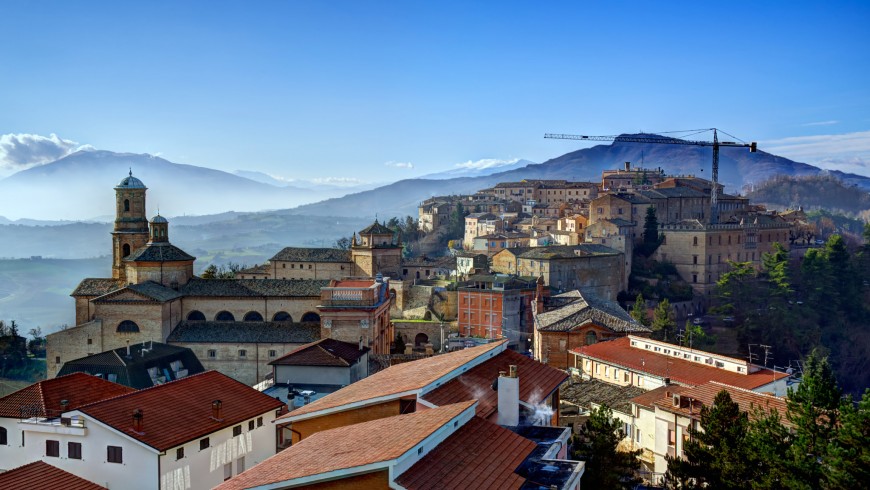 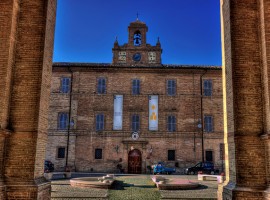 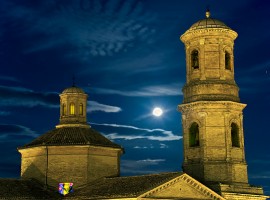 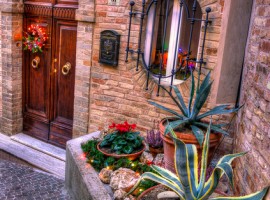 After strolling through the suggestive Montalto nelle Marche and tasting its flavors, you will have nothing but thousands of choice: in this land of vineyards, orchards and gardens, in this land bathed by the river Aso, there are so many villages that deserve a visit. There is for example Montefiore dell’Aso, which still has several walls sections and six towers dating back to the 15th and 16th centuries, or Campofilone along the Adriatic coast, with a charming labyrinth of alleys.

In the blue of the Marche 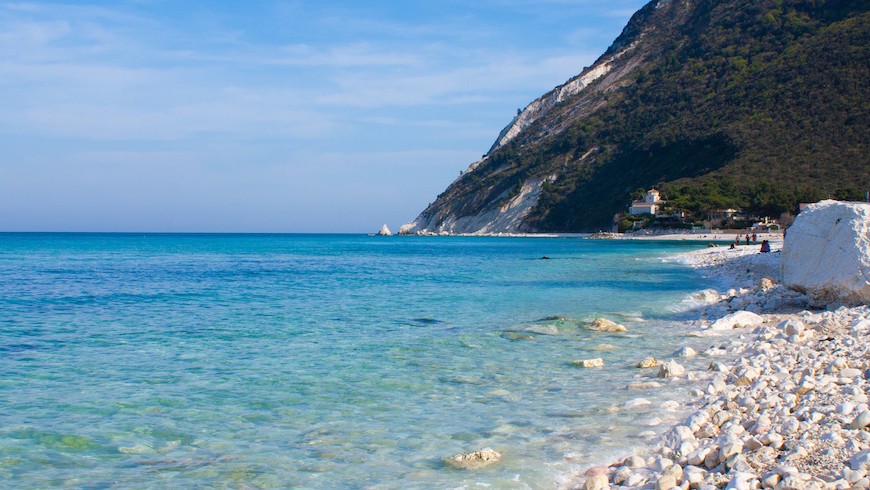 180 kilometers of pristine coast that overlook the Adriatic Sea: the Marche offer all you need for a beach holiday. To the north we find the riverside of the hills with Gabicce Mare and Fano, then there is the famous Senigallia and even further south is the incredible Conero Riviera, with its rocky beaches. Then there are the pine forests of Porto Recanati, the port of Civitanova Marche and finally the palm-lined Riviera with its exotic charm. Every year the region is rewarded with numerous blue flags, thanks to the clean sea and attention to environmental issues. 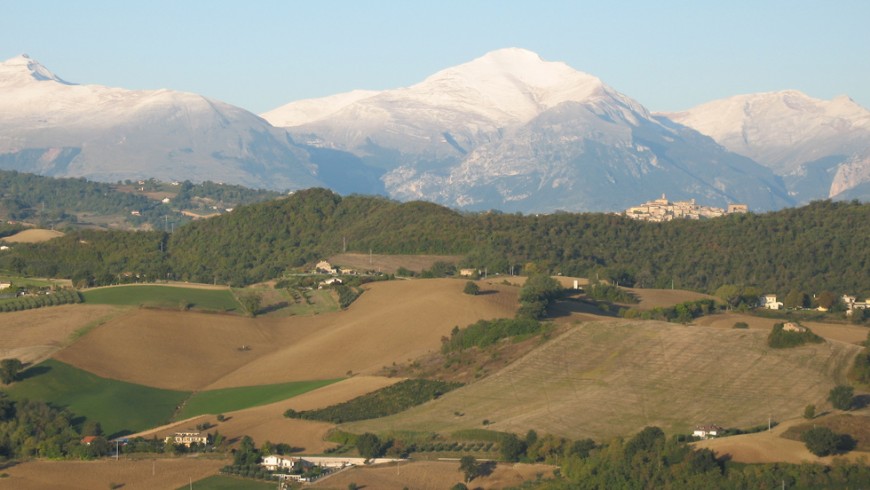 For those who prefer greenery and for those who want to climb up, the region offers breathtaking landscapes of two national parks, Sibillini Mountains and Gran Sasso and Monti della Laga and of four regional parks (Monte Conero, Sasso Simone and Simoncello, Monte San Bartolo and the Red and Frasassi Gorges). In this impressive naturalistic landmark, amongst underground caves and spectacular peaks, many cycling tours and various opportunities for an active holiday wind up.

Urbino and the others: the art and culture of the Marche 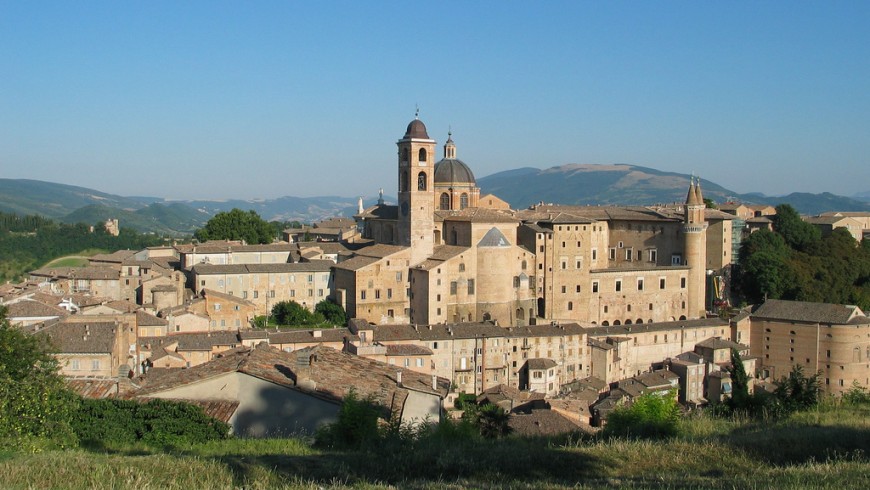 Finally, in your Montalto nelle Marche holiday you can easily reach the beautiful art cities of the Marche, above all Urbino, Raffaello’s homeland and human heritage. There is Ancona, which looks like an open-air museum thanks to the ancient churches, the thermal baths and the ancient Roman forum of its historic center, and Ascoli Piceno, which retains many gentle towers.

Dog friendly holiday by the sea in Marche (Italy)