Wooden deckchairs between artichoke and lavender plants, lettuce and calendula flowers. The air smells of nature, the temperature is perfect, the atmosphere is that of a party on the beach. We are not by the sea, but in Bologna. Twenty minutes from Piazza Maggiore there is a large garden, once equipped with communal greenhouses, where the seeds sprouted and the town plants were growing. Today it is a magical place where ideas, cultural proposals and green relax areas are available to the city of Bologna from late May to September.

The Serra dei Giardini Gardens are an unmissable stop of our itinerary to discover a green Bologna. An alternative route through the less touristy and more authentic Bologna, choosing eco-friendly possibilities:

1. In Bologna the bicycle goes fast 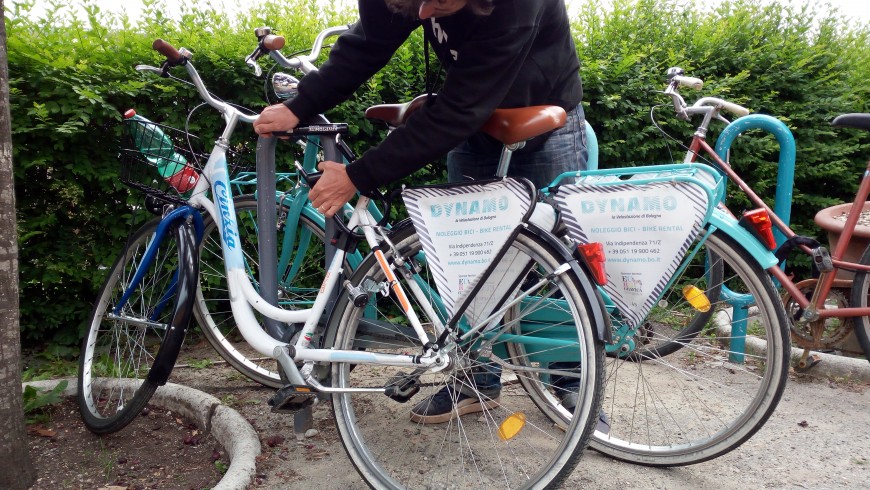 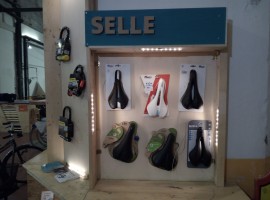 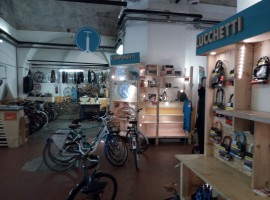 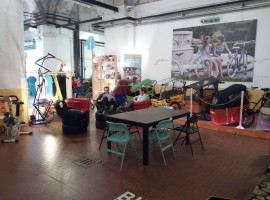 The ideal way to discover Bologna is the bicycle, or at least the alternative to the promenade under the arcades of the city. Once you arrive at Bologna Central Station, there is a Cycle Market less than a ten minute walk, near Montagnola. It is a former underground car park recovered in a space dedicated to bicycles. Here you can rent a bicycle or a tandem, repair your bike, stop for a coffee and even leave luggage.
Dynamo spaces resemble a contemporary art gallery: there are strange bicycles  hanging on the walls, you can go to a photo exhibition or a music concert on the weekend.
Renting a 24-hour bike costs around 15 euros (8 euros for 6 hours) and is the perfect choice to move quickly to the city, especially on weekends when the center of Bologna is closed to traffic and only open to bicycles and pedestrians.

2. Between art and scent of books 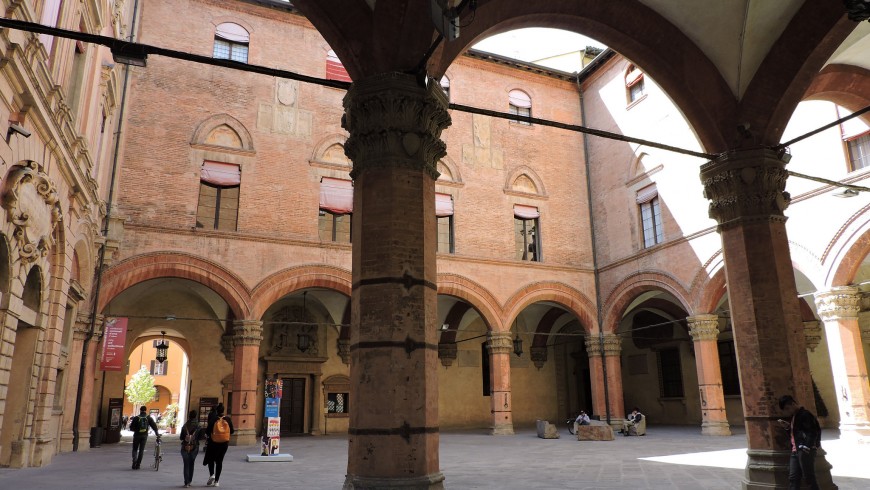 We bike through the beauty of Bologna, from Piazza Maggiore to the Asinelli Tower, but in bicycles we feel less tourists and more people of the city. We stop listening to the street music and photographing some glimpses of a must-see city.
Between the walls of Palazzo Accursio, you can breathe the greatness of Bologna’s history, the city is one of the first universities in the world. You can not help but climb the ancient staircase for the carriages and get to the large frescoed rooms to let yourself be charmed by sculptures and frescoes.

3. Slow break at the Serre of Bologna 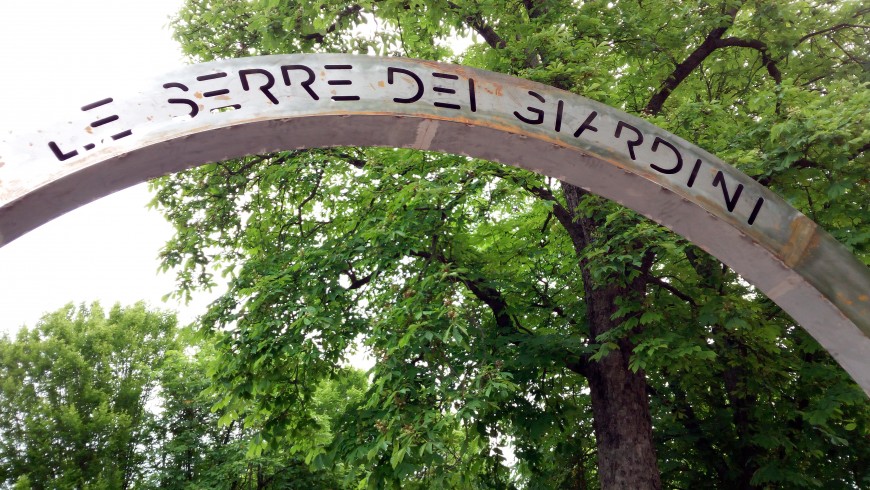 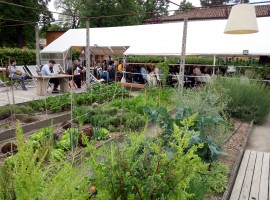 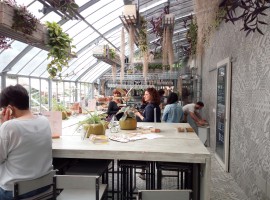 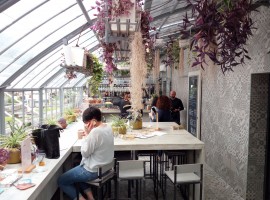 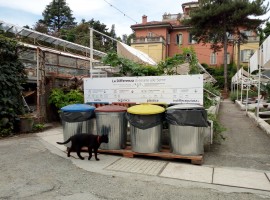 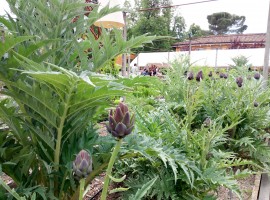 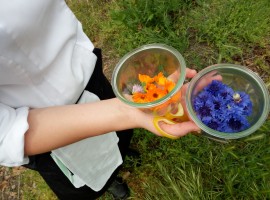 A corner of town to see is the space created in the ancient communal gardens of Serre dei Giardini. You enter in a natural oasis with tables and benches immersed in greenery, where to meet, chat or work together. The bar and small restaurant cook local products, coming directly from the garden around them. Wonderful strolls of lettuce and high artichoke plants. Here you can meet the chef of the restaurant that collects calendula petals or other colored flowers. They are scented and great to decorate our salads, she explains. I’ treat myself and try one of the dishes: a salad with garden strawberries and calendula petals that gives me a delight. The setting is fantastic, breathtaking creative energy and a sense of freedom that reminds me of New York. The spaces are dog-friendly and in the evening they illuminate with myriad lightbulbs. It seems the perfect location for a beer between friends on a June evening in Bologna, will there be fireflies too?

4. The Festival of Responsible Tourism 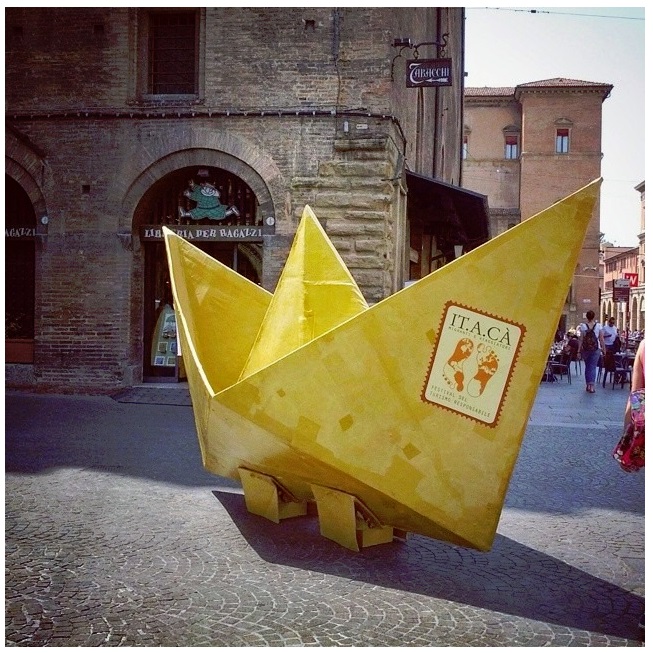 The Italian Festival dedicated to Responsible Tourism was born just in Bologna, and is held every year in this city. Tastings, workshops, cooking shows, movie screenings and concerts animate the city during the festival, it’s the perfect opportunity to discover unusual routes and to live Bologna slowly. To find out about the IT.A.CA’ Festival, follow the website and our blog! 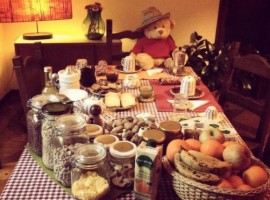 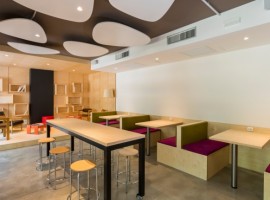 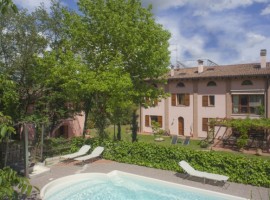 Bologna offers many opportunities for hospitality, and many of them have a growing interest in the environment. There are small B & B like La Ciliegia, which offer organic breakfast and environmental attention in the heart of the city. But also hostels that in addition to organic produce provide green spaces and bicycles for guests, such as We Hostel. Or farms just outside the city, in the hills of Bolognese, where to discover the production of honey, touch the countryside with hands, savor organic products in front of a sunset over the city, for example the Il Cavicchio farmhouse.