They were awarded a few months ago and we had to talk about them. The six winners of the Goldman Environmental Prize in 2016 are amazing people, the modern heroes, who devote their lives to the preservation of the planet.

The prestigious Goldman Environmental Prize award was founded in 1990 and is almost like an ecology Nobel, a Nobel Prize for the Environment, which rewards people who positively change the world, even at the risk of their own lives.
This is the case of Berta Càceres, Honduran activist, who tried to protect the lands and indigenous peoples of her country and won for that the Goldman Environmental Prize in 2015, and who was murdered on March 3.

This year’s winners come from different parts of the world and have completely different origins, but a common goal: to save the Earth and the future of their communities. They are farmers, lawyers or activists who have overturned government decisions, fought and won against the multinationals.

Who are the winners of the Goldman Environmental Prize in 2016?

Zuzana lives in Pezinok, a town in western Slovakia; she’s a lawyer, mother of two daughters.She managed to close the toxic landfill that was poisoning the land and damaging the health of her community. She lived near the landfill, where the toxic waste from different countries of Western Europe were unloaded. In front of the numerous diagnoses of cancer, leukemia and respiratory diseases of relatives, friends and neighbors she started and continued, along with her community, a peaceful battle for the closure of the landfill. And she won. 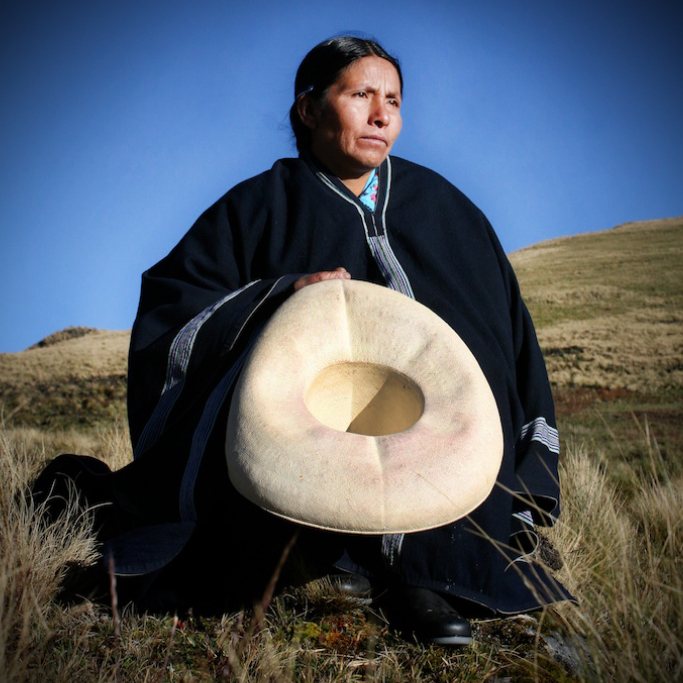 Máxima is a Peruvian farmer. She can not read or write, but single-handedly stopped a billion dollar multinational. The fourth largest mine of gold in the world, the Yanacocha, wanted to expand and thus destroy her 24.8 hectares of land and another type of gold, the blue one, water. Despite numerous harassment and violence, including the killing of the livestock and the construction of a wire mesh with vigilantes day and night only 200m from her home, Máxima has never given up and continues to fight to defend the Andes ecosystem.

Destiny today is 20 years old, but when she began her fight against the construction of the largest US incinerator was only 17. Destiny lives in Curtis Bay neighborhood, in Baltimore, where the landscape is made of oil refineries and chemical installations. The community already resented the high rate of pollution, but that has not stopped the state, which in 2010 approved the construction plan of the largest waste incinerator. But  she was there to stop the state, Destiny, who didn’t want an incinerator one kilometer from his high school. Thus began a battle of four years; with the help of her classmates and then the whole community, Destiny and Baltimore have reached the goal, the incinerator will not be made.

Leng lives in Cambodia, a very dangerous country for environmental activists. He alone has fought against a corrupt government and multinational. He started working undercover and was able to document the unlawful conduct of the government that was expropriating the land of the families selling them to multinational for financial gain. After published all the documents and carried out protests with the communities, the battle of Leng was successful: the government canceled the expropriation contracts of more than 50,000 acres of land, including those hosting species in danger of extinction.

The battle of Luis lasted 16 years, but he has never thought of abandoning the Nature. He’s a naturalist of Puerto Rico, and its fate was marked by the expropriation of the family land for the construction of a waste water treatment plant. He was 8 then, but from that day he knew what he wanted to do in life. After his degree in environmental science, in 1999 he discovered that the government was going to build a mega resort in a Puerto Rican protected area. Thus began his battle to protect nature, the animals, and to share the gifts of nature with his son. After 16 years and many obstacles, the area became a nature reserve thanks to Luis and the 3500 hotel rooms will not ever exist; more than 50 species of animals threatened with extinction, including the leatherback turtle, are safe.

Edward is a Masai tribal chief in Tanzania, he has a degree in management and has been working for his community and has always been committed to the preservation of the planet. Through a long struggle, he managed to stop the construction of illegal intensive farms and huge safari and resort, returning the land and the fields to the indigenous communities of the country, which has always been lived in harmony with nature and wildlife.

They are ordinary people, they are like us. Yet they are the heroes who have saved animals, lands and communities. And thanks to them the world is better. And we, what can we do?

Let us wake up! Let us wake up, humankind! We’re out of time! We must shake our conscience free of the rapacious capitalism, racism and patriarchy that will only assure our own self-destruction.

Berta Caceres, winner of the Goldman Environmental Prize in 2015, murdered on March 3, 2016 for her battles as environmental activist